In March after the annual Tararua mountain race we spotted a good weather window for my second SK attempt.

Inspired by Glens successful mission we decided to do a 9pm start. It was an amazing night, clear sky and bright stars. Seanoa picked us up from Kaitoke and drove us to Patara. 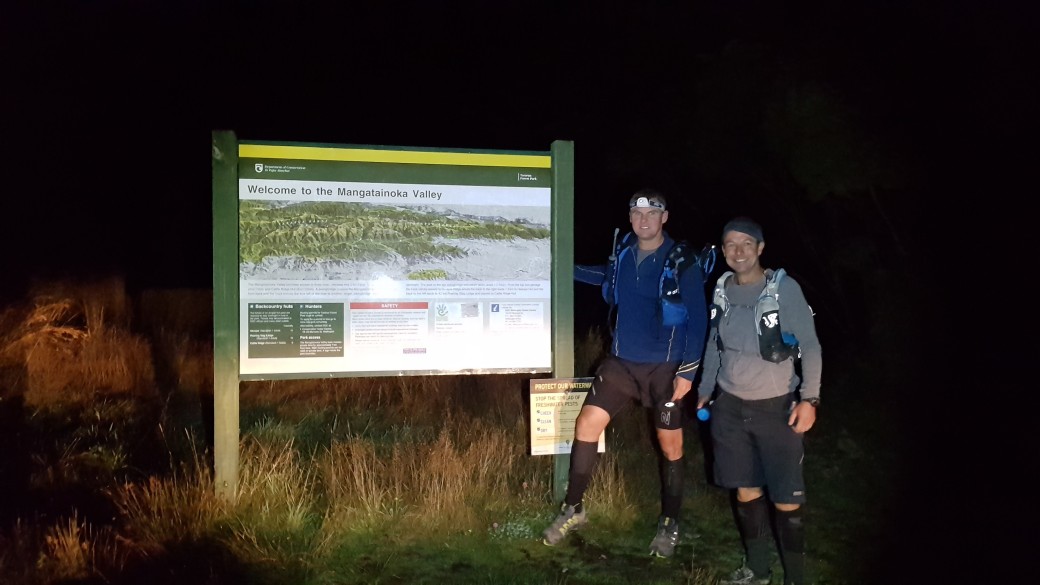 The plan was to get the Northern section completed in the night and get the boast from the sunrise. After Herepai some low mist settled in and we lost the trail. We got the gps out and re found the trail. After about 30 mins out of the mist we saw town lights, we had been going the wrong way!!!!!!! Demorrised we turned around and got back on our way. This section in the dark was very tough work.

In the dark we had this surreal experience where every mountain looms in the distance dimly lit by the star light. There was little light from the moon. To my surprise we saw a few massive possums on the tops above the bush line, they are ugly creatures.

It took forever for us to get to Arete, the sun start to raise and warm us up after a long cold night in the dark.

This was my first time on the next section from Arete to Junction Knob, it was spectacular. Darac was full and there were a few tents. These were the only people we saw until a runner past us near Aocap doing an SMR loop.

We arrived at Andersons at midday and the body was starting to feel pretty tired after 15 hours of hiking. We were a long way behind our schedule and not feeling good. The sun was out and it started to get really hot.

Over the next few hours I started a downward spiral that had me feeling exhausted when we arrived at Maungahuka. After talking about Ant’s helicopter mate on the drive to Patara I suggested we give him a call and see if he was working today and could pick us up. Sure enough he answered the phone and was on his way. We could see the Southern crossing in the distance, for the second time the SK had broken me.